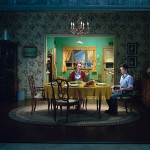 Gregory Crewdson is an American photographer who is best known for elaborately staged scenes of American homes and neighborhoods. 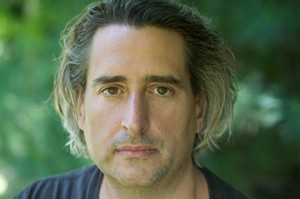 He doesn’t just “take” his images, he creates them, through elaborate days and weeks of invention, design, and set-up. The epic production of these movie-like images is both intensely personal and highly public: they begin in Crewdson’s deepest desires and memories, but come to life on streets and soundstages in the hills towns of Western Massachusetts. In his decade-long project “Beneath the Roses” he uses light, color and character to conjure arresting images, managing a crew of 60 amidst seemingly countless logistical and creative obstacles.

Gregory Crewdson’s photographs usually take place in small town America, but are dramatic and cinematic. They feature often disturbing, surreal events. The photographs are shot using a large crew, and are elaborately staged and lit.  He has cited the films Vertigo, The Night of the Hunter, Close Encounters of the Third Kind, Blue Velvet, and Safe as having influenced his style, as well as the painter Edward Hopper and photographer Diane Arbus.

Some of his inspiring images: 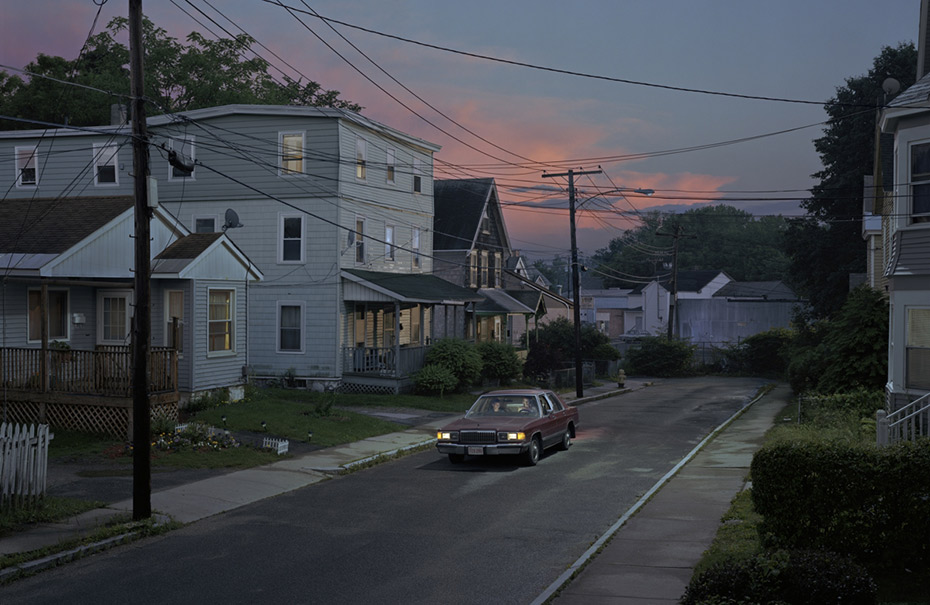 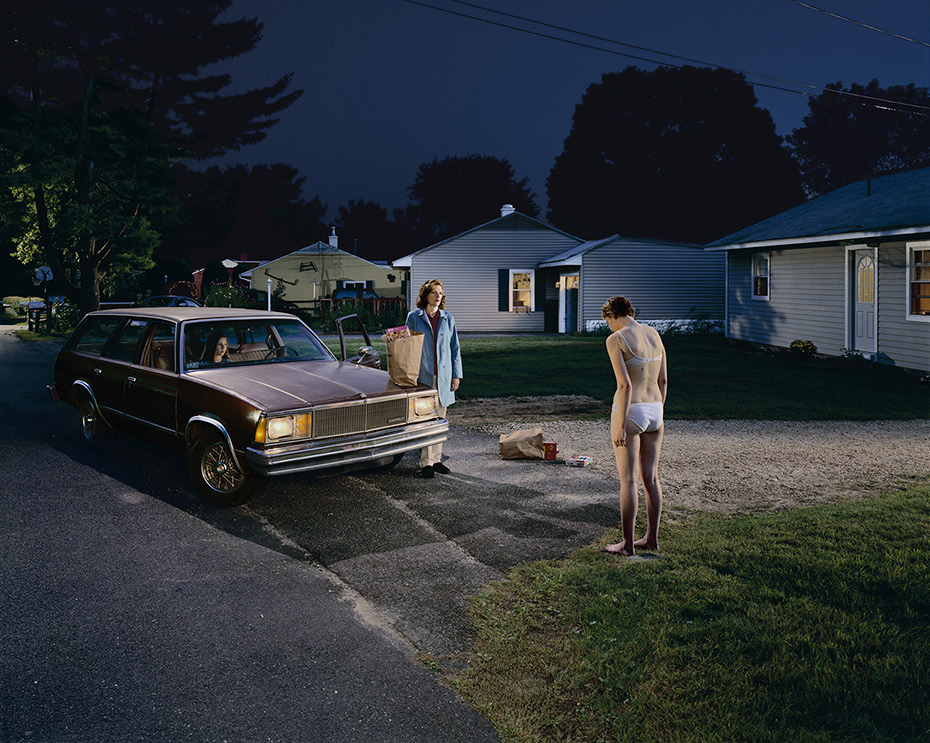 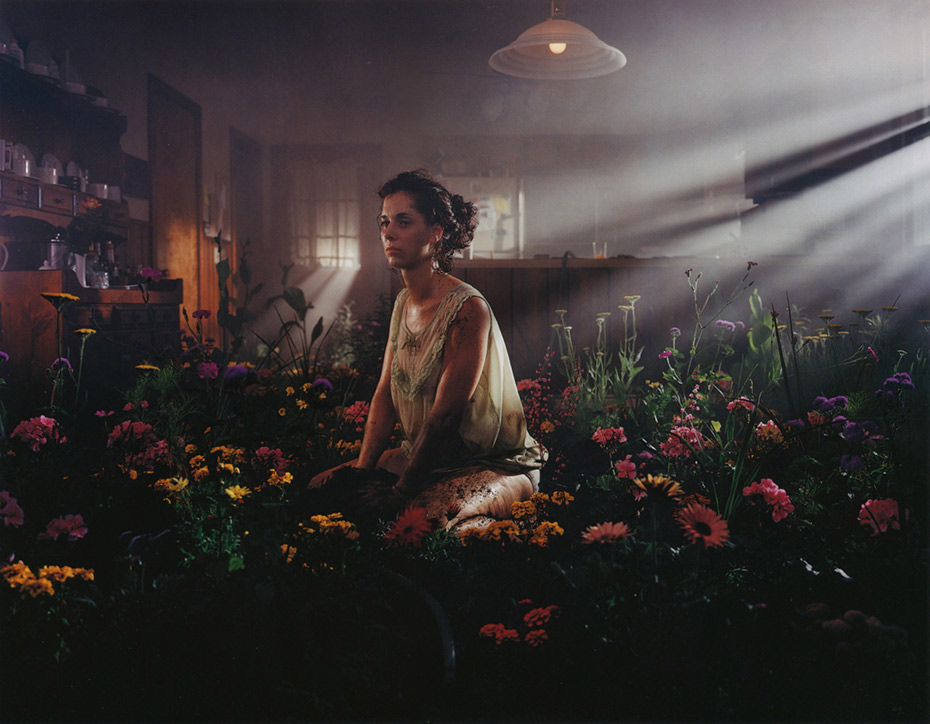 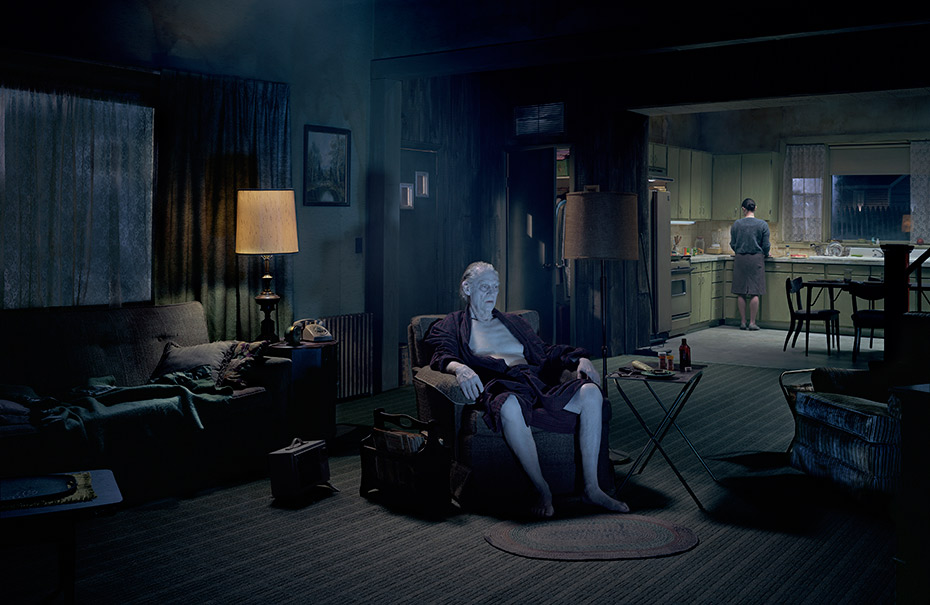 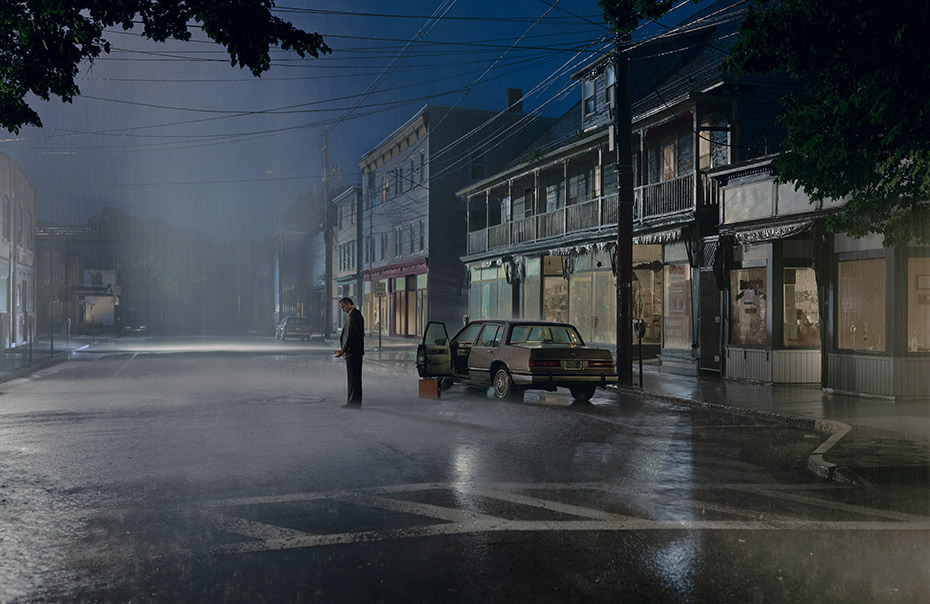 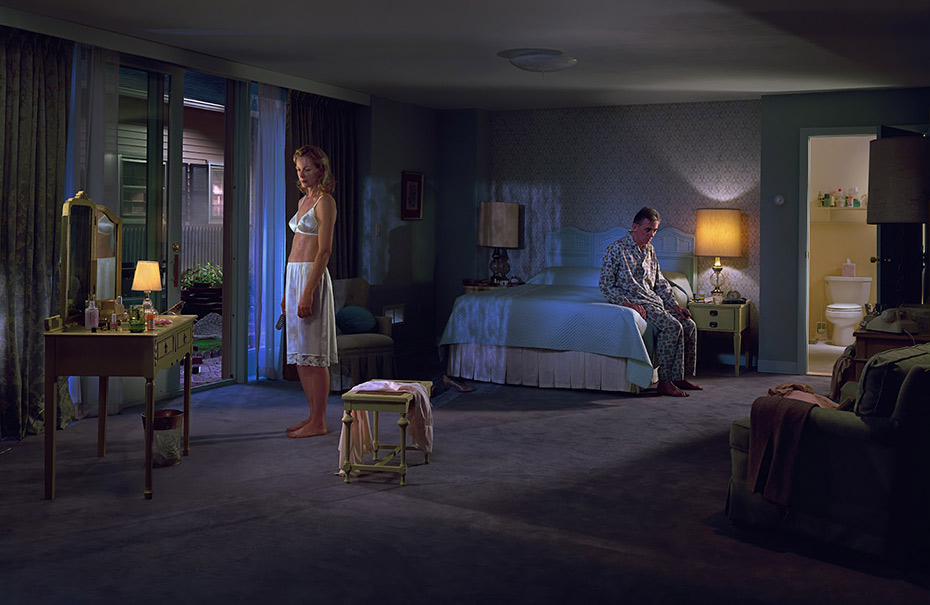 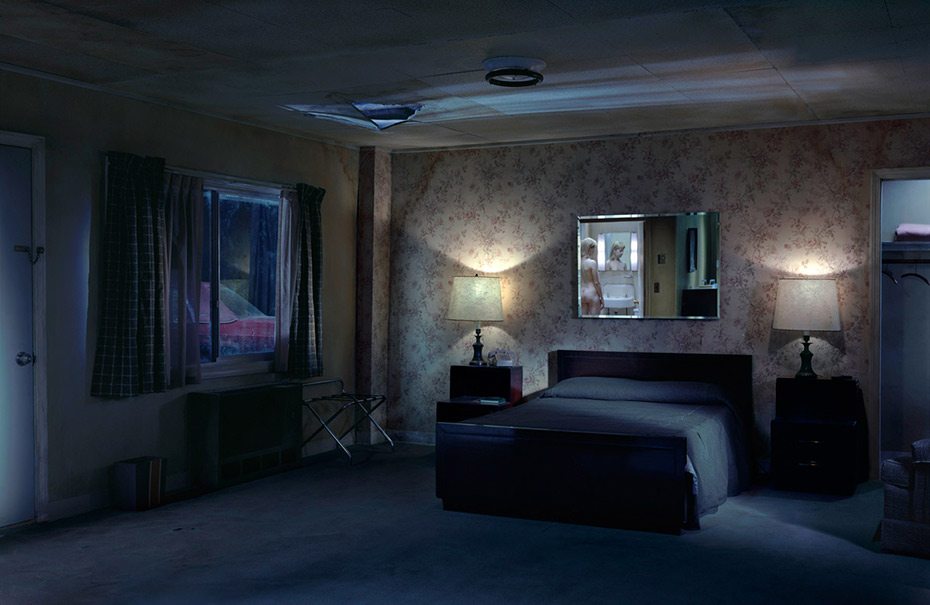 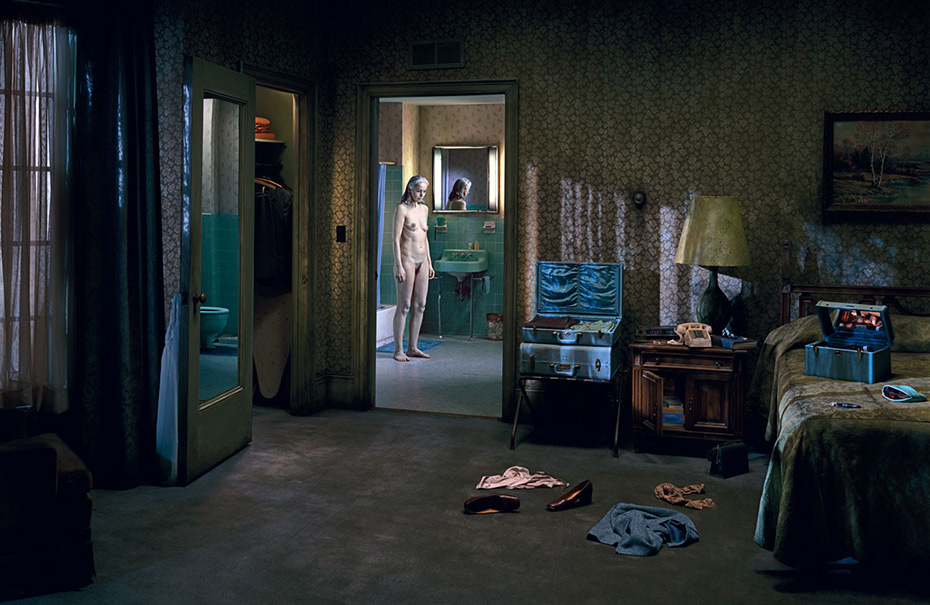 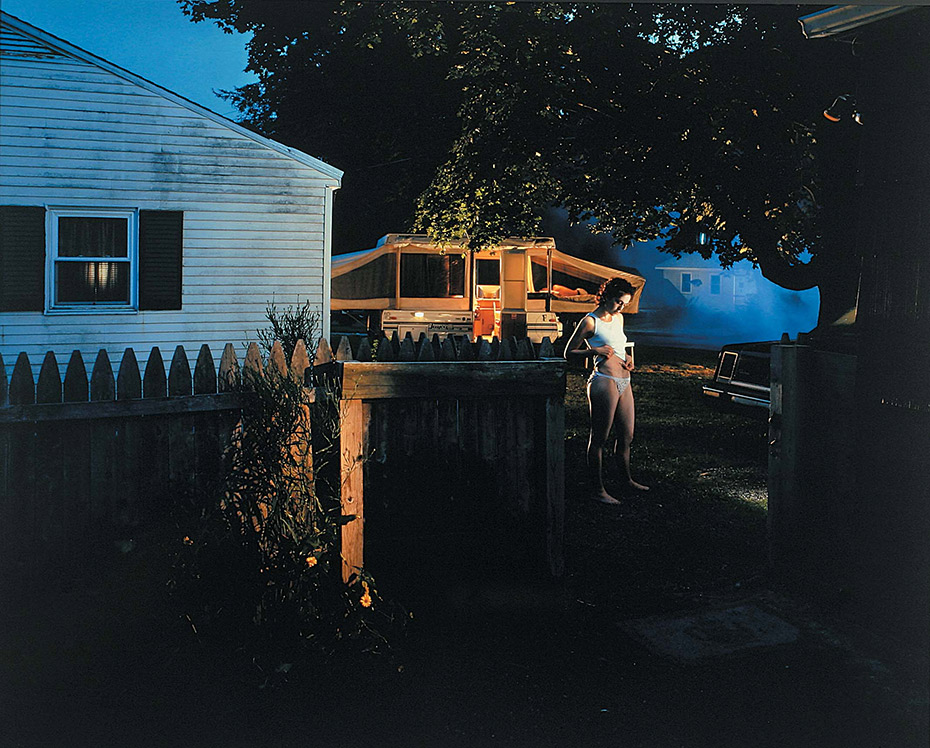 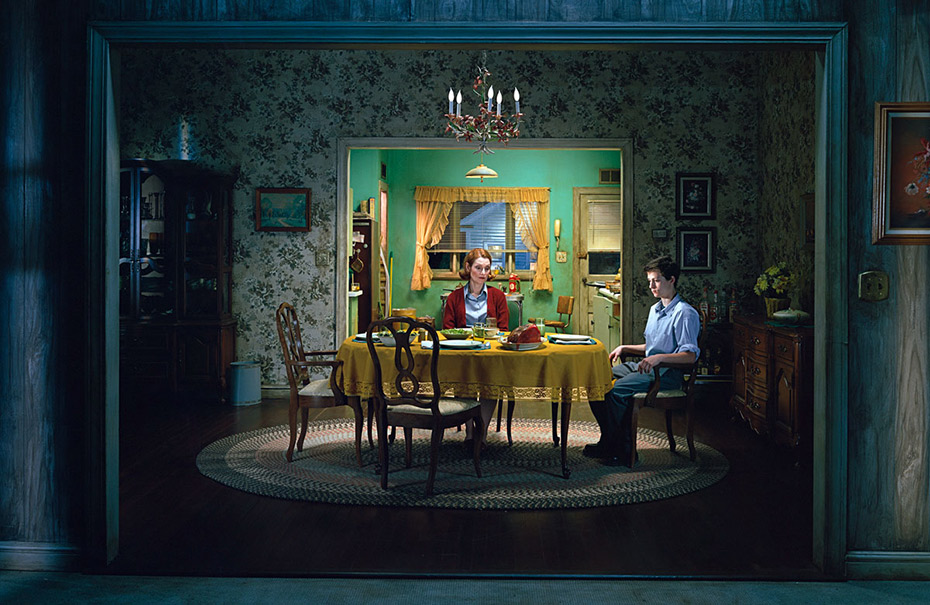 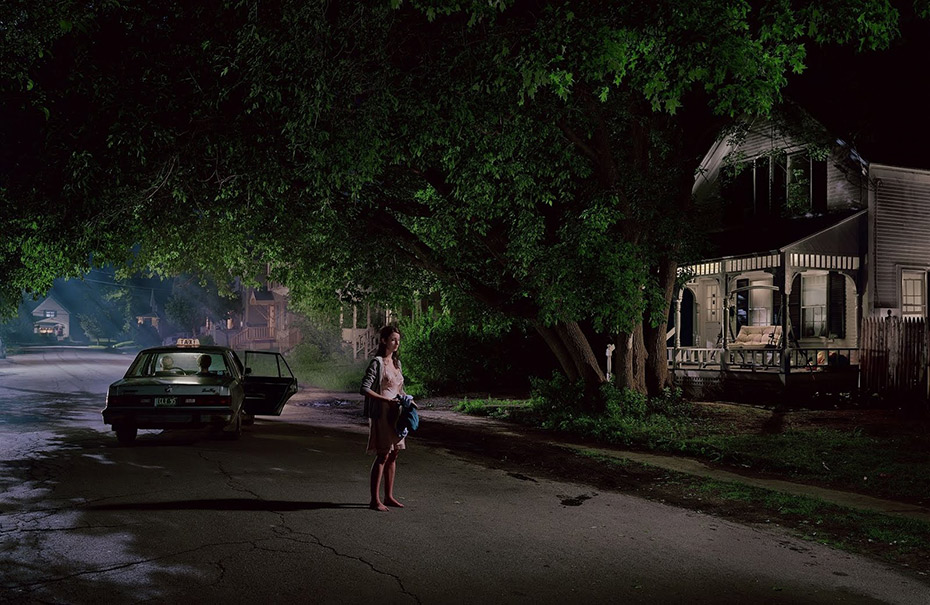 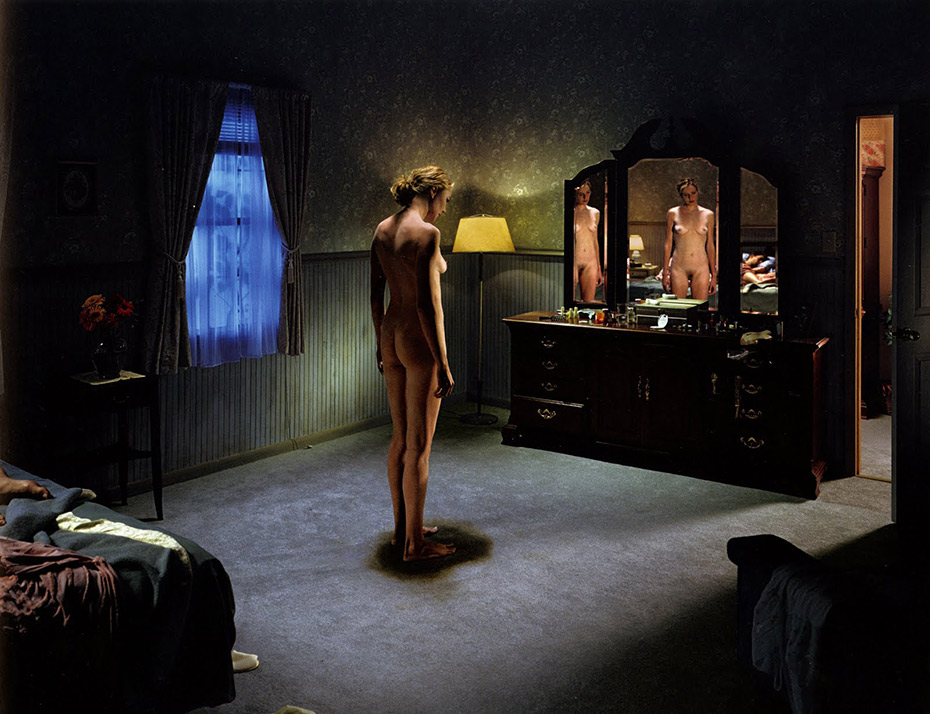 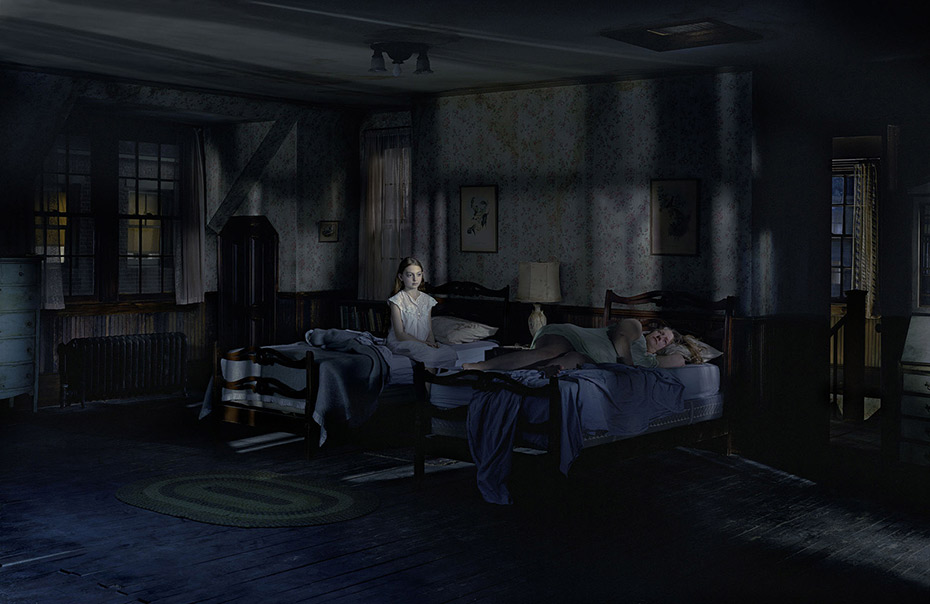 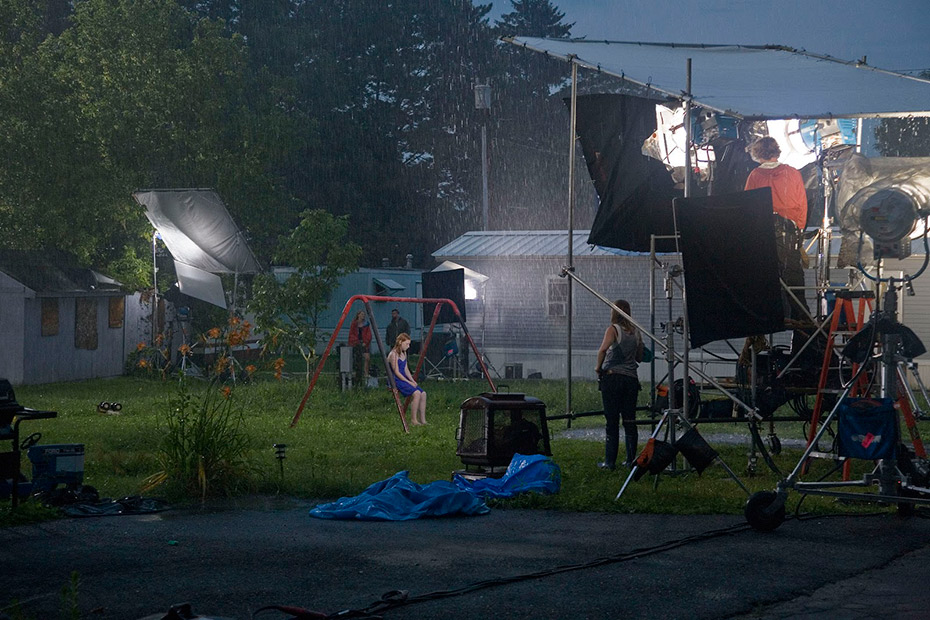 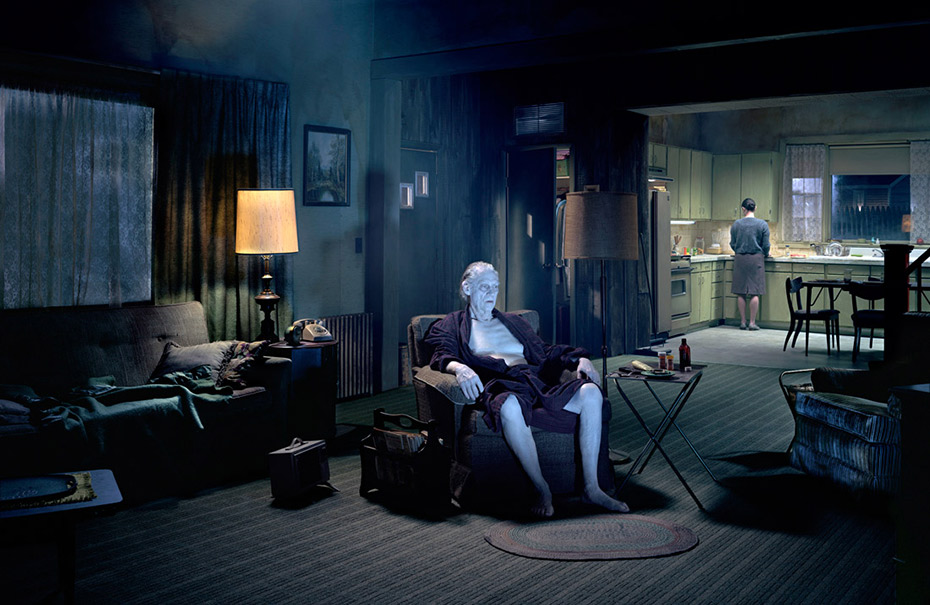 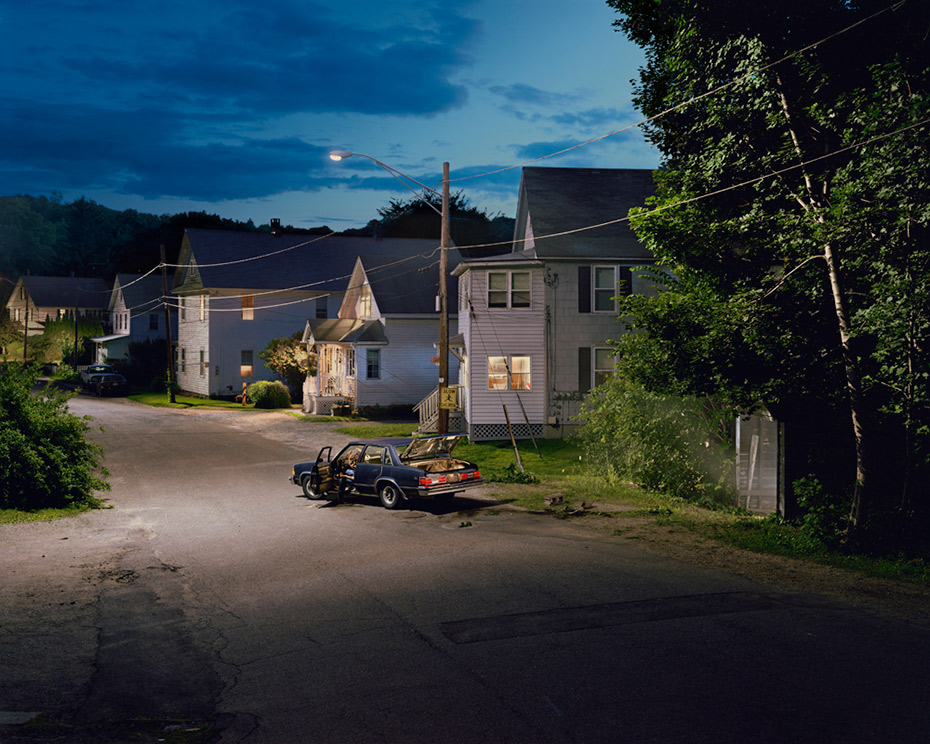 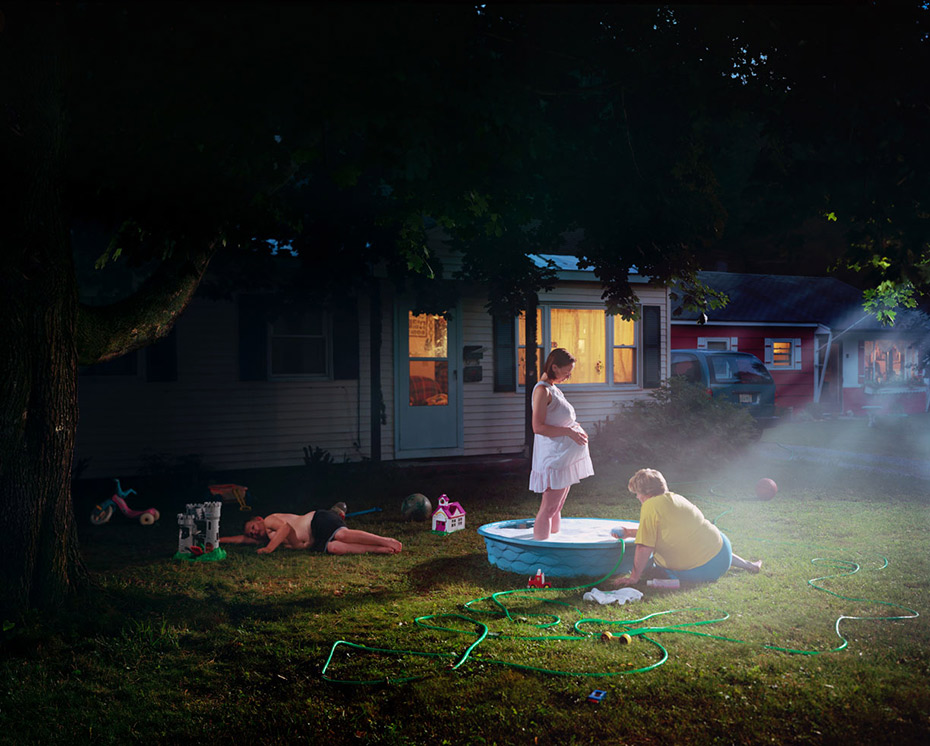 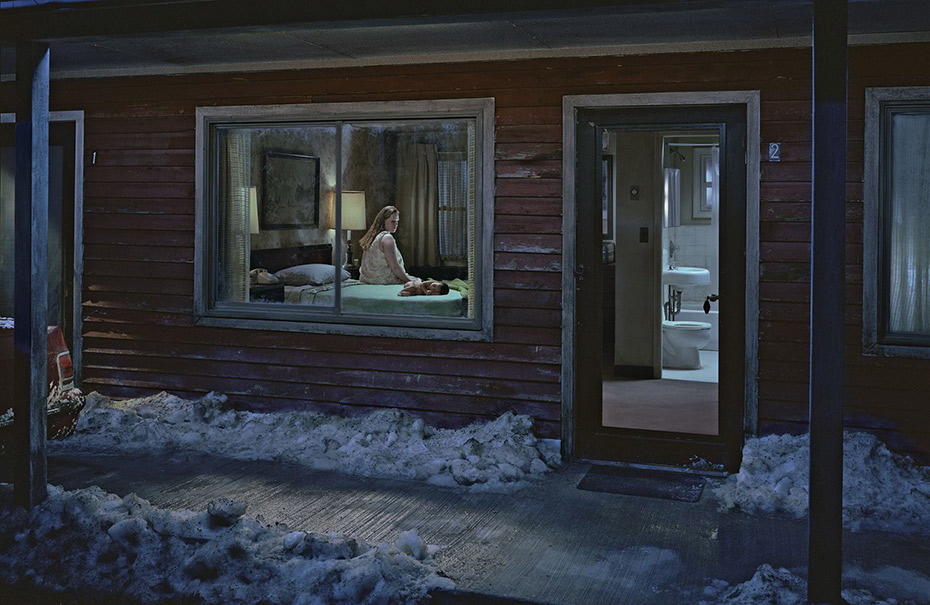