http://vantagehsi.com/?gb=1 Winston Link (American, December 16, 1914–January 30, 2001)  was a commercial photographer that helped establish rail photography as a hobby and push the limits of night photography. Today we celebrate him and his amazing work.

Link’s introduction to photography came at a young age from his father. He soon grew to love the art, and went on to work as a photo editor for his college newspaper at the Polytechnic Institute of Brooklyn, where he received his civil engineering degree.

After graduation in 1937, Link began to work at Carl Byoir’s public relations firm as a commercial photographer. He learned the advanced skills of a professional photographer while working at the firm over the following five years. During this period, he produced the photo Girl on Ice, which was featured in Life magazine as an example of the classic publicity photo. Link left Byoir to work at the Airborne Instruments Laboratory in 1942, taking photos of devices made for low-flying airplanes meant to detect submarines for World War II. This work lasted until the war’s end in 1945, at which time Link opened his own studio in New York in 1946. Just as with the work at Byoir, Link’s studio focused on public relations photos.

The focus of Link’s photography changed in 1955 due to his love of railroads. During a photography job, Link began to take photos of the Norfolk and Western Railway line. The N&W was one of the last railroads to switch from steam to diesel engines, leaving the company with some of the most advanced steam locomotives in the world. The railroad announced the transition to diesel in 1955, and Link’s photographs of some of the last steam engines served as a documentary of the passing of the steam locomotive era. By the completion of the transition in 1960, Link had taken about 2400 negatives over the course of 20 visits to the Virginia location of the railroad. Many of these images were taken at night as a way to control the lighting. This control was often achieved by large flashes, with his famous Hotshot Eastbound, a photo of a train running past a movie theater, requiring 42 #2 flashbulbs and a #0 flash. The night shots were taken in black-and-white, and the color shots taken at the N&W Abingdon branch. Link’s photos have been exhibited in such places as the Museum of Modern Art in New York and at the O. Winston Link Museum in Roanoke. The museum also handles Link’s work for his estate. 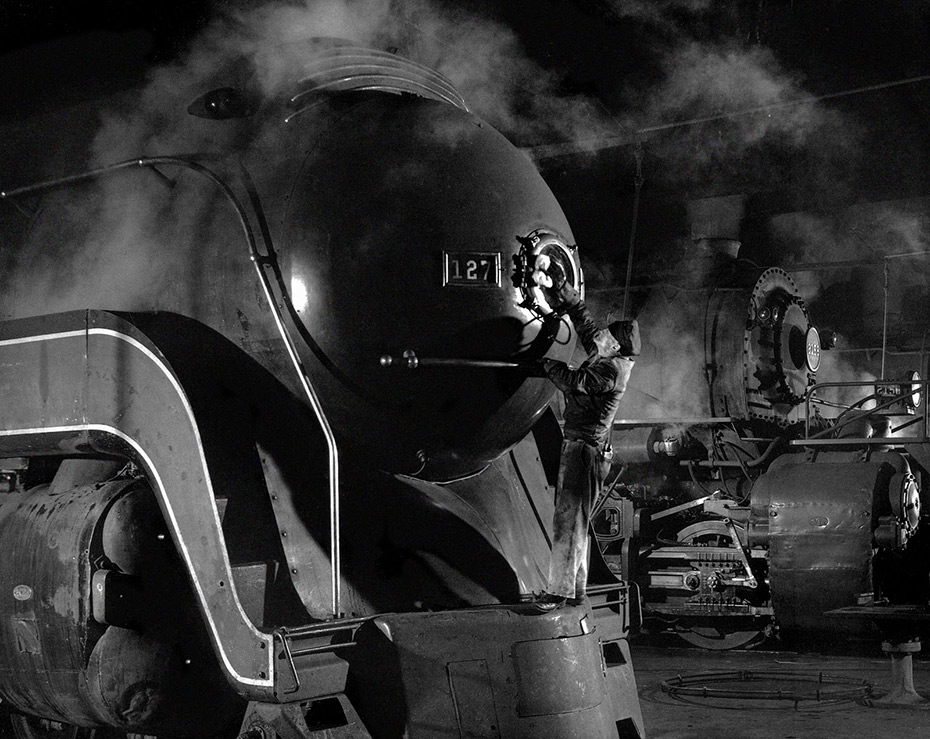 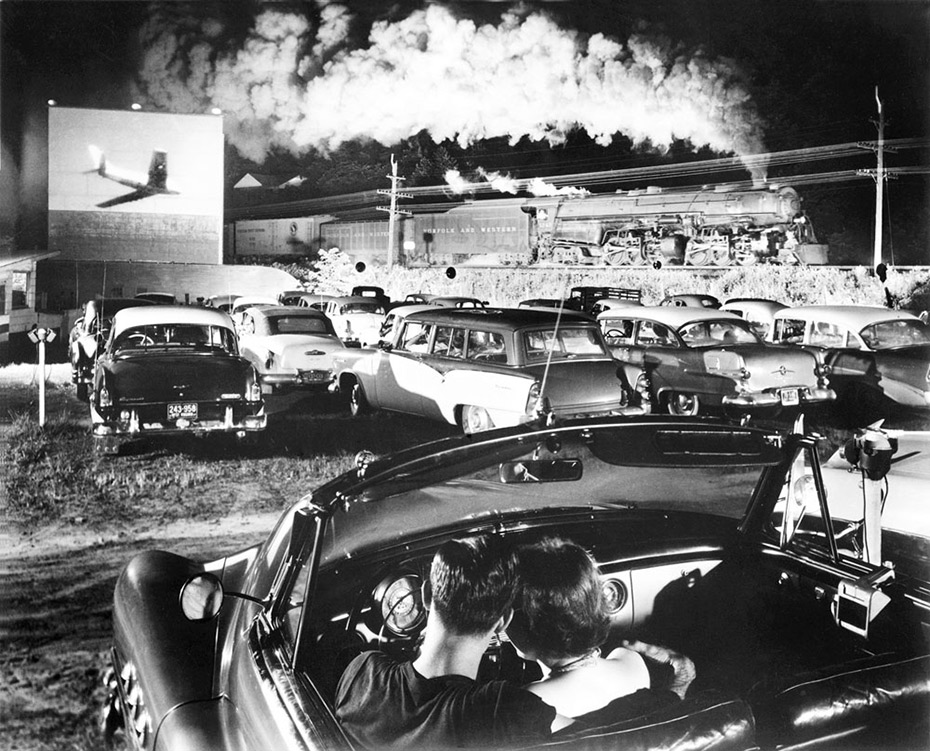 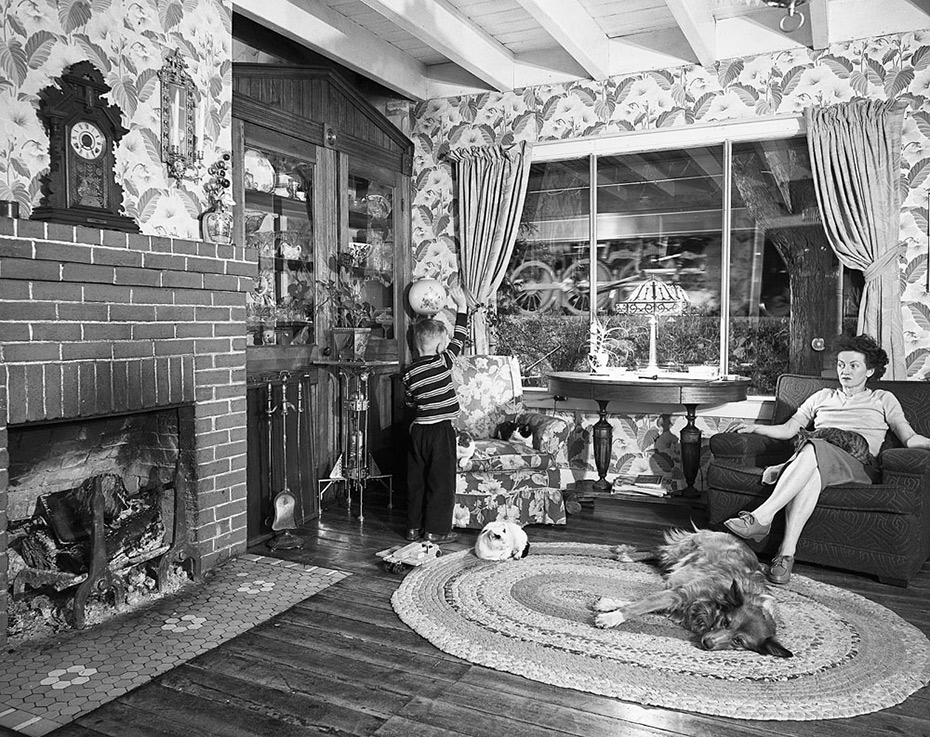 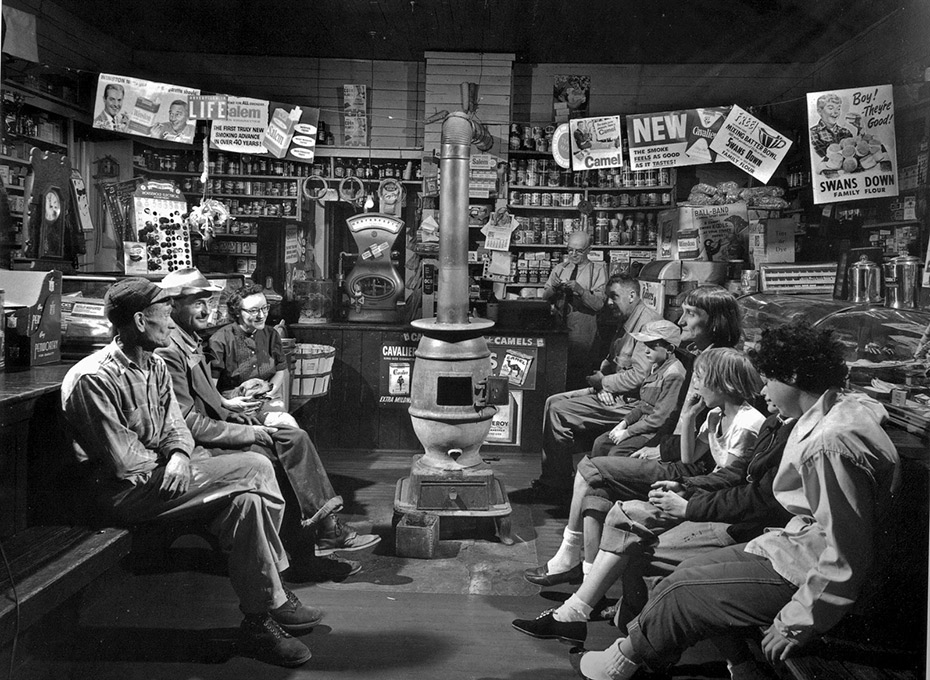 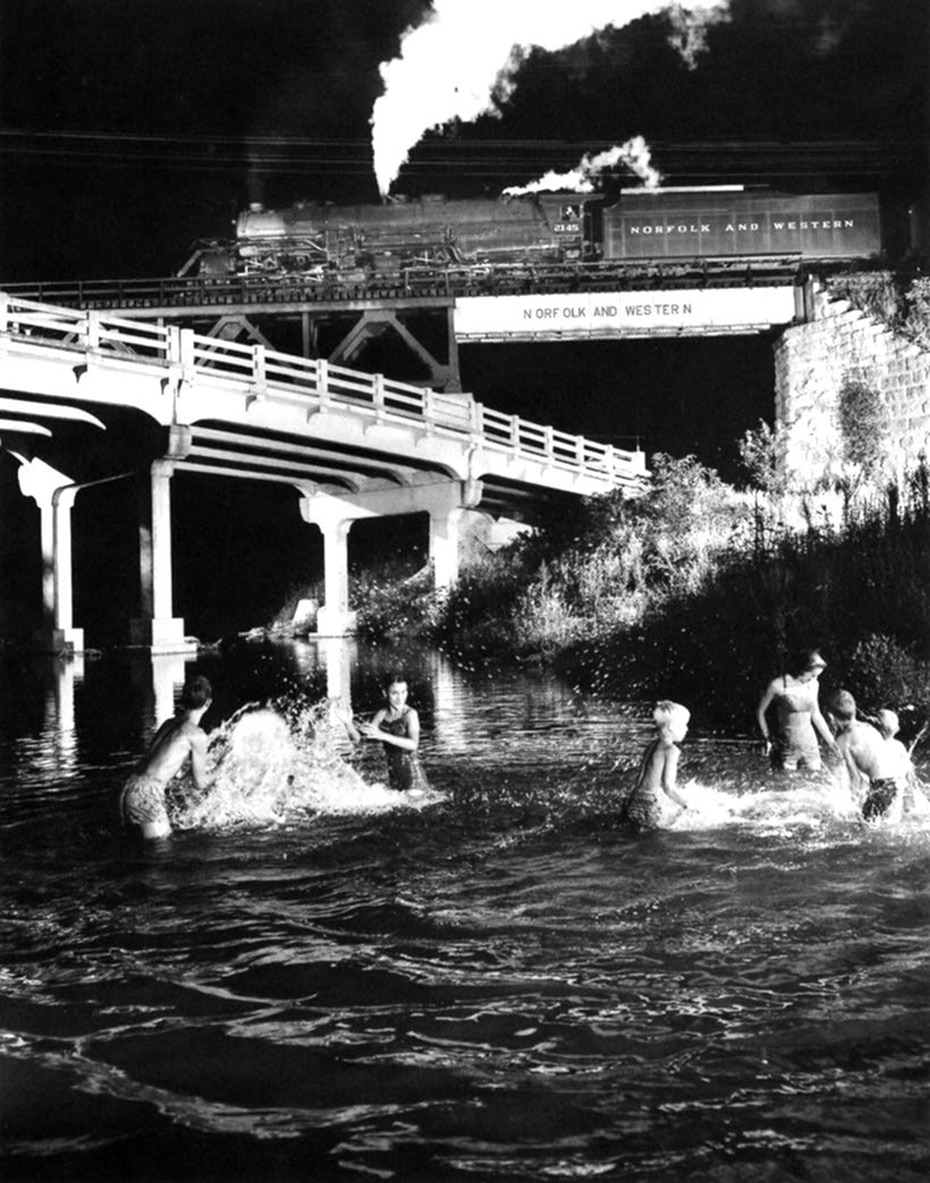 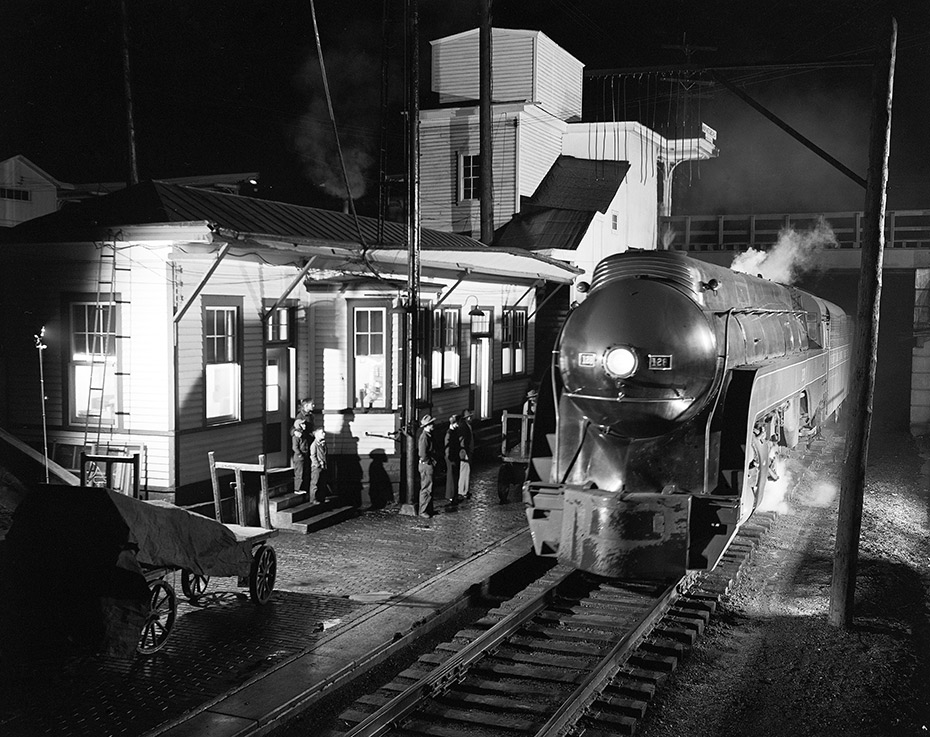 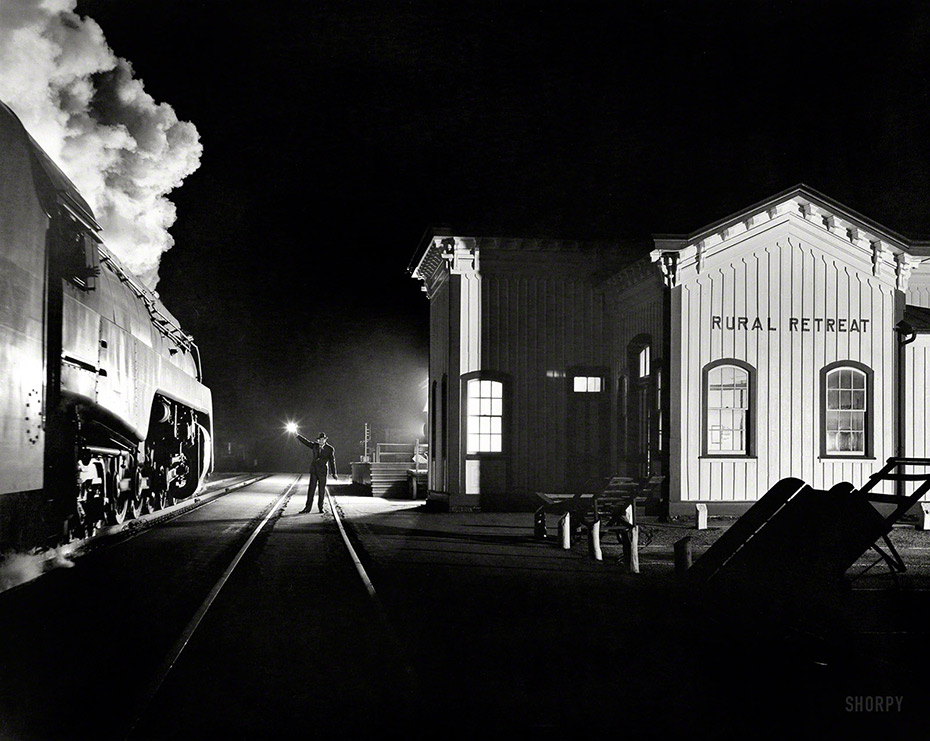 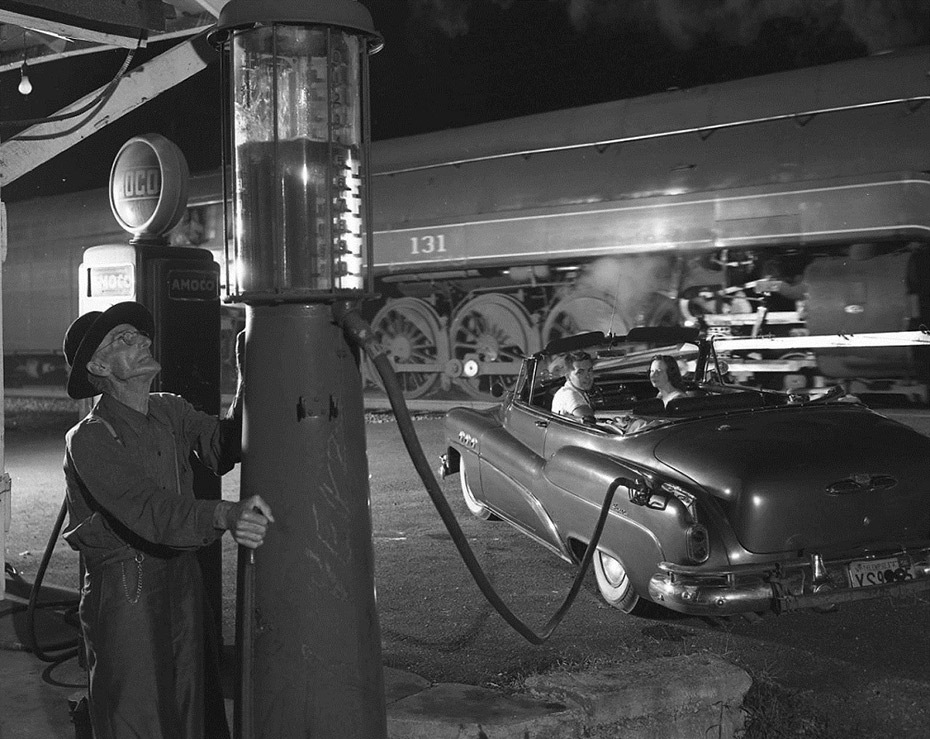 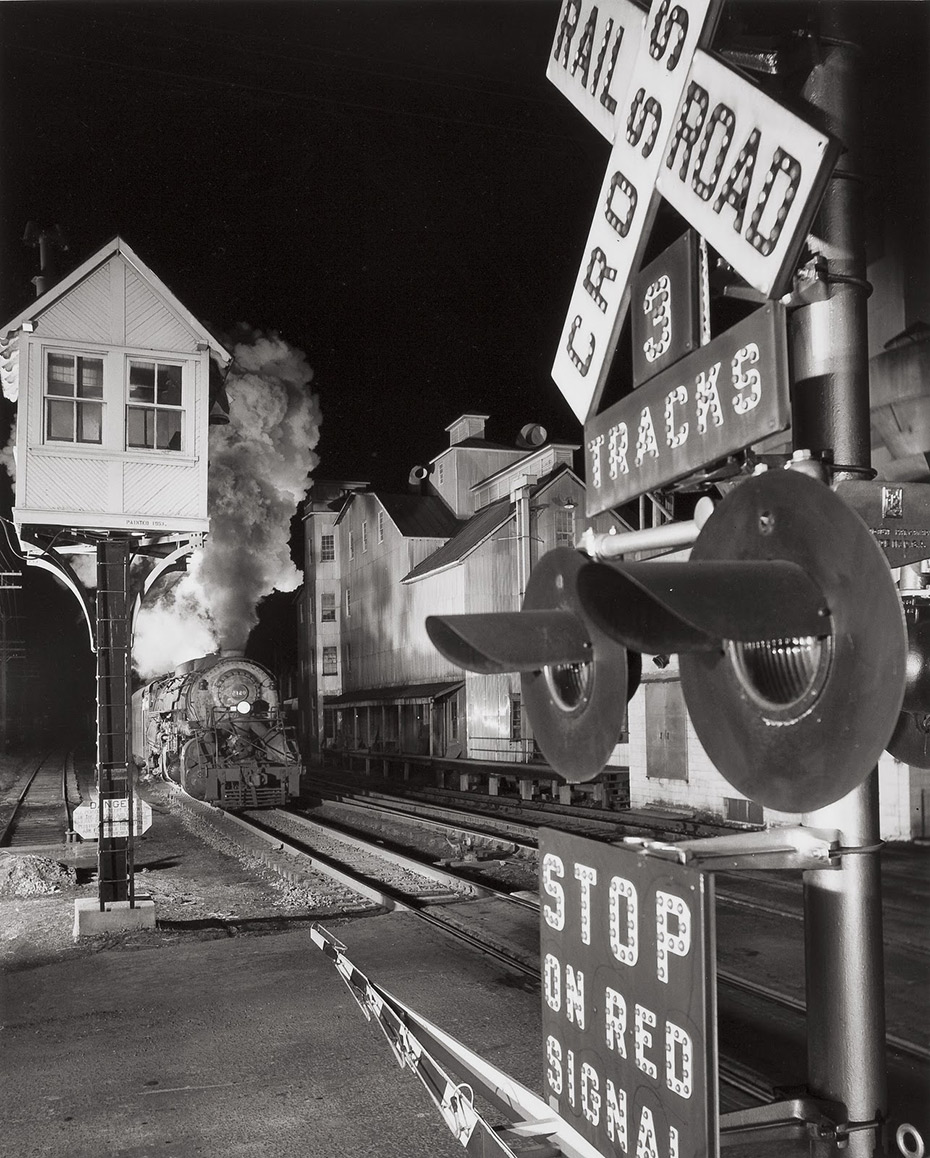